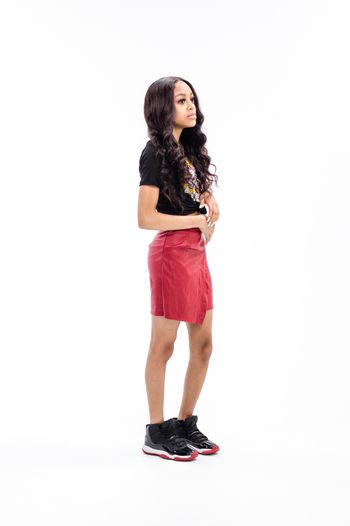 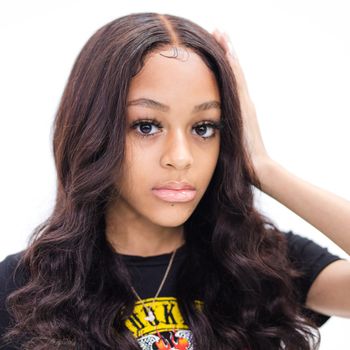 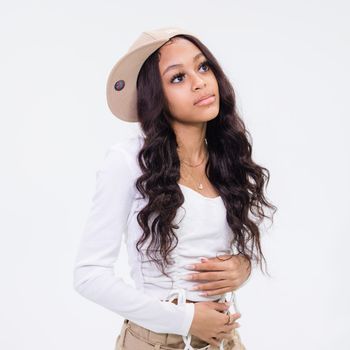 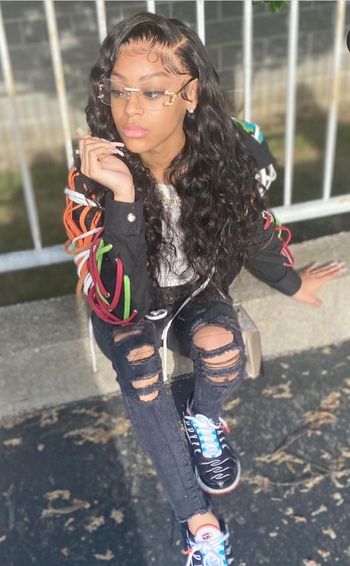 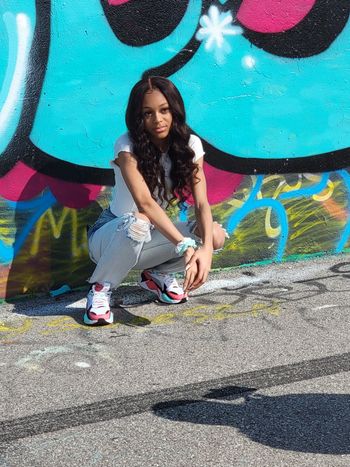 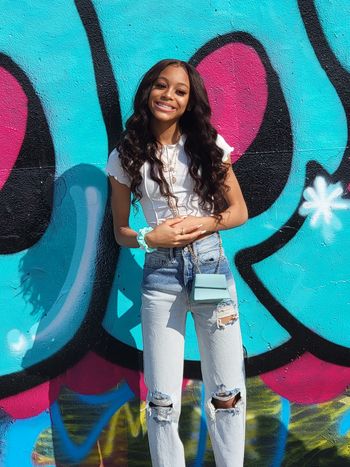 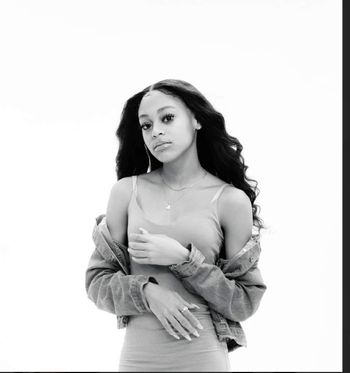 My name is Jordyn Montrice Powell . Better known as JaiiMoni Starr. I was born in Belleville Illinois , but raised in East Saint Louis Illinois. I have four brothers and two nieces , but unfortunately I am the middle child and only girl of my immediate family . My mothers name is Vera Willis and my father is Jemaugh Powell. I am very greatful that they created me to become the outstanding young lady I am today. Growing up I was always interested in the arts of singing , dancing , design, and craft . These were things I did in my spare time . I began singing in church and praise dancing as a child at the age of five up until the age of eleven. I sung solo songs and did solo praise dances for church and several events outside of the church . I first did a solo rap at East Saint Louis Sr. High school for a black history program to a song called “Glory” by known artist John Legend and Common. This is when I first realized I had rhythm and actually had interest in rapping. A little after this event I began to right cover raps to certain songs that peaked my interest . I would rap about things that went on in the world around me hoping to get others attention and send a uplifting message . I was very good with my vocabulary and articulating words , so overtime I just exercised my craft and got better at my skill set. I was known to be a straight A student throughout my previous years of school . I always achieved to excel beyond what was expected of me . I received a racial harmony award in the 6th grade from Clark Middle school . I was chosen because I displayed acts of leadership ,kindness and treated everyone with equality in my grade level and or around the school. I graduated the 8th grade at the top of my class with a 5.0 (honors )grade average In Fairview heights , Illinois at Pontiac Jr. High. My parents and family were very proud of me . I am also a member of the “Signa Gamma Rho Sorority.” As I entered high school and experienced a little more complex things about life my writing style became deeper and more from a place of positivity, pain, eagerness, and venting. I wrote from what I felt because I wanted people to understand who I was through the songs I wrote . I aspire to teach young women that music doesn’t always have to be portrayed in a negative and degrading way, also that you can get a message across and still sound or appear cool. I’ve learned that music can have a positive and negative effect on our generation and it is vibrations. I also like to express myself through singing as well as I am still mastering my voice . When I was a kid my mom and dad also put me in ballet, tap, jazz, and acrobatics which will be conducive in the near future . I plan to take up more classes soon. I performed in a theatre 🎭 with other young girls doing several ballet and dance routines. I was the only black girl amongst all the others but I made sure I did my best. My brothers cried as I performed but reassured me I did great. This lets me know I can do anything I can put my mind to . Everything I’ve learned In my previous years will equip me for all my future endeavors and achievements . My most viral rap is the beatbox challenge I did sophomore year, which got over 5 million views. Although I do have other viral videos of me rapping in the car this is the most popular. After seeing my beatbox challenge my current producer and mangers contacted me to work together. We began to make songs and music videos; basically building my career. Of course I had to make a name for myself, so I got Jaiimoni which originated from my middle name Montrice. Throughout all of this I got a distribution deal with roc nation which is really big. I’m currently a junior in high school who is a soon to be big

Keep your fans up to date on your latest news with our Blog feature. You can even upload podcasts here! If you need some ideas on what to write about, check out this post with 13 topics that musicians can blog about.

Bandzoogle's Music feature allows you to sell your albums and tracks - and we never take a percentage of your sales. Choose from set prices, free downloads, or even give away a track in exchange for a mailing list signup!